Plumbing Pipes: The Good and The Bad 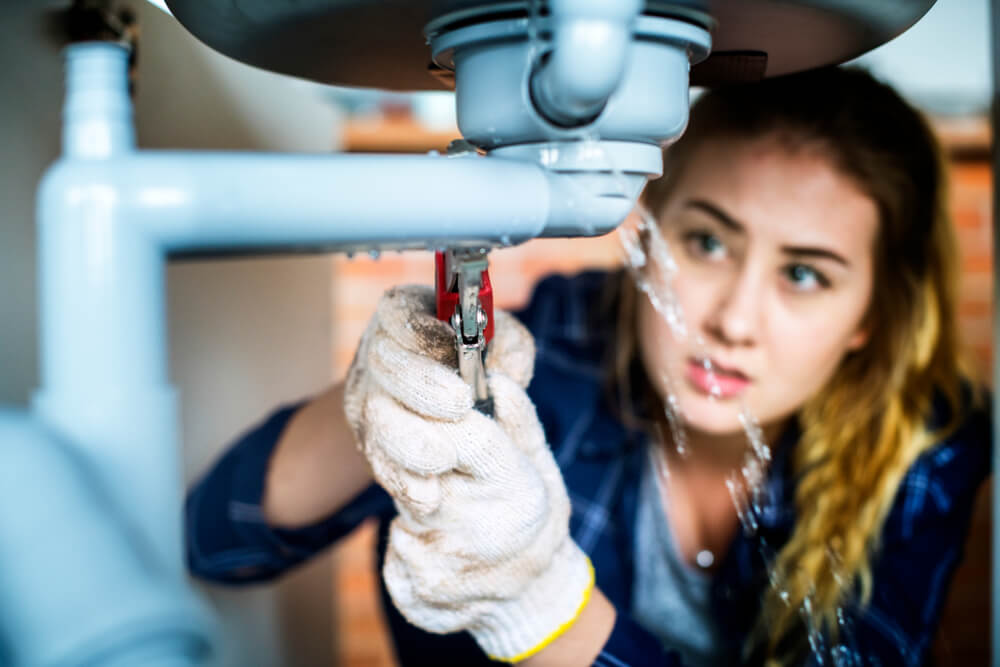 Plumbing pipes come in several different forms, and understanding the difference between the good and the bad can keep things from getting ugly! At Radiant Plumbing, we understand the ins and outs of different types of pipes as well as residential and commercial plumbing. Here, we’ve put together a primer to help people who may live in homes with older plumbing or who operate businesses in older buildings understand how different types of plumbing can affect the quality of the water, plus any potential issues with the pipes.

Although you prefer leaving the unsightly clogged drain or running toilet to a professional emergency plumber to repair, knowing what type of pipes are running through your home is very important to the health of your plumbing system. Today, we’ll cover the most common types of plumbing pipes found in Austin, TX, homes, and the dangerous pipes you should always avoid!

COPPER: One of the most popular choices for water supply lines, copper pipes, can be found in two different varieties: rigid copper and flexible copper. Rigid copper is firm and durable, so it’s commonly used throughout the house and has a lifespan of about 50 years. Flexible copper is thinner and pliable, making it perfect for tight spaces or corners. The two different types of copper piping can be mixed and matched to build a whole plumbing system. The biggest advantage of copper piping is that it is resistant to corrosion, meaning it will never affect the quality of water supplied to the house. However, copper is porous in nature, so it will accumulate minerals in the water faster and cause an obstruction. Copper can also withstand temperature extremes, and it’s recyclable. The only disadvantage is that it’s a little more expensive than other options.

PVC: In recent years, more and more homeowners have outfitted their plumbing systems using polyvinyl chloride (best known as PVC) pipes. PVC, a combination of plastic and vinyl, is a durable material that can be manufactured at a low cost. Therefore, PVC piping offers homeowners great value! It can be used for water supply lines, with the NSF/ANSI-61 label meaning it’s safe to carry and transport potable water, as well as drainage systems. PVC pipes are inexpensive to install and can last indefinitely! However, they are only suitable for cold water. Hot water will cause the PVC pipe to leach chemicals, specifically vinyl chloride, into the water.

CPVC: Chlorinated polyvinyl chloride (CPVC) pipes are the perfect alternative to regular PVC pipes because their chemical composition makes them resistant to heat, meaning they can handle hot water. The maximum temperature that CPVC pipes should be exposed to is 200oF. Although these pies are crafted from the same type of material as PVC pipes, they’re more flexible and easier for plumbers to work with. Most importantly, they’re appropriate for both hot water and cold water applications and therefore can be used for water supply lines, within the home, and for the city’s main sewer system. However, CPVC pipes may be prone to splitting or freezing, and therefore must be well-insulated to prevent piping emergencies. Additionally, CPVC pipes contain extra chlorine, which can make them safer for drinking water.

PEX: Cross-linked polyethylene (or PEX for short) is the other plastic piping you may find in water supply lines. PEX has all of the advantages of PVC — durability, affordability, temperature tolerance, corrosion resistance, ease of use — but it’s also flexible! This pipe material is fairly new to the plumbing industry, but it’s already become a favorite among plumbers and homeowners. The three things you’ll need to keep in mind with PEX pipes are:

ABS: The black pipes that may be sitting under the sink or next to the toilet are acrylonitrile butadiene styrene (ABS) pipes that make up part of the drainage system. Overall, they are pretty similar to PVC pipes in terms of quality and cost; however, there are some key differences. The first is that ABS pipes are made with BPA, a hardening agent added to plastic to increase durability, so they are much stronger than PVC pipes. Also, ABS pipes can withstand freezing temperatures very well, but they cannot be exposed to sunlight at all! Some local governments banned the use of ABS pipes in residential plumbing, so homeowners have to check local building codes to see if this is an option for them.

GALVANIZED: Homes that were built between the 1950s and the 1980s may find galvanized steel pipes make up most, if not all, of their water supply or drainage system. Galvanized steel became the main alternative to lead piping in the 1960s, but it was slowly replaced when copper piping entered the scene. Although it is extremely strong, it only lasts about 20 to 50 years before it needs to be replaced. The main issue of using galvanized steel pipes, particularly as the water supply line, is that these pipes rust as they get older and leak into the potable water.

LEAD: Lead pipes were widely used as water supply pipes in American homes throughout the 19th century because they were a more durable yet inexpensive alternative to iron pipes. However, research conducted in the late 1800s revealed the dangers of lead poisoning, and soon thereafter, lead plumbing was banned. That doesn’t mean that all homes upgraded their plumbing systems, though. Some may still use lead piping to transport their drinking water. If that’s the case, it is imperative to repipe your home immediately!

POLYBUTYLENE: Not that long ago, polybutylene was the plastic of choice for plumbing pipes. Made from hard resin, polybutylene pipes were very cost-effective and easy to install. Many homeowners adopted them as part of their plumbing system, but it was soon discovered that polybutylene broke down quickly after repeated contact with oxidants in tap water. This led to the pipes developing serious leaks and creating tons of water damage.

ORANGEBURG: Manufactured in Orangeburg, NY, these pipes were mostly constructed of wood fibers and, thus, were very lightweight and fragile. Not only do they collapse easily under pressure, but they also absorb moisture. Although they have a lifespan of 50 years, most Orangeburg pipes don’t actually last that long. It’s recommended that this plumbing gets replaced as soon as possible to avoid a sewer collapse and all of its resulting consequences.

GREY PLASTIC POLYBUTYLENE (PB): Grey plastic polybutylene (PB) is a popular alternative to copper piping and is often the kind of pipe used when plumbers are retro-fitting a home and replacing the copper pipes. However, these pipes are expensive and may not be an alternative for people on a budget. They’re easy for plumbers to work with and install, which may be a consideration for those who live in a home with many hard-to-reach areas.

It’s important to note that these types of pipes are prone to leaks, and therefore should only be installed by a trained expert. They also require regular inspections and preventative maintenance services more often than other piping materials. Despite their very few benefits, most plumbers recommend staying away from PB pipes.

BLACK IRON: Black iron pipes are actually not used for plumbing – they’re used for carrying natural gas! Don’t attempt to do any sort of repairs or maintenance on black iron pipes or make the mistake of thinking that these are safe to cut through. Plus, black iron pipes aren’t meant to contain water, as the water can cause rust and corrosion.

The verdict? With regard to plumbing, black iron pipes are definitely “The Ugly.”

How Do I Know Which Plumbing Pipes Are In My Home?

If you have an older home, you may not be aware of which types of pipes are in your home. It’s important to understand the materials your plumbing is made out of, though, since that will help you set up a regular maintenance schedule to ensure that your pipes remain in good condition and that you find leaks or problems early. Also, different types of pipes have different “lifetimes” and, therefore, may need to be replaced after a certain number of years.

Your local plumber can tell you what the pipes in your home are made of by looking over home records or using small, laparoscopic cameras to inspect the home. If your home has any bad plumbing pipes, time is of the essence. Contact Radiant and inquire about a plumbing replacement in and around the Austin and San Antonio area today! In Austin, our service area spans from Kyle to Georgetown, as far East as Pflugerville, and as far West as Leander. When you’re in the middle of a plumbing emergency, rest assured, you’re never far from a Radiant truck. The same goes for AC troubles in the middle of summer. Relief from an expert Radiant technician is just a phone call away. In San Antonio, our service area is just as vast. Our coverage spans from as far South as Somerset, to as far North as Timberwood Park, and everywhere in between. In recent years, we’ve been able to expand further into New Braunfels and San Marcos. We also complete water heater installation as well as AC and furnace replacement services, and more. We’re here to keep your plumbing and home happy!