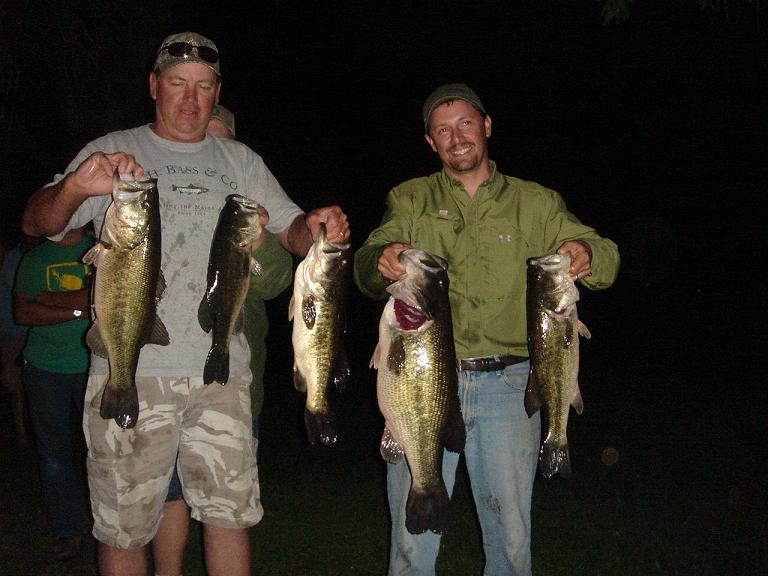 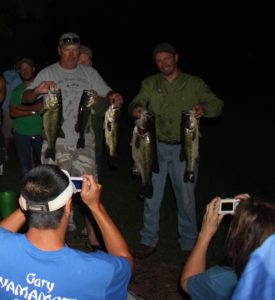 Well, I try to keep it to plumbing, but this is just too good to not share. I have started playing around with a local Austin bass fishing tournament at Lake Austin. This is my fourth attempt, and luck was on our side. On a plumbing note, My partner is Randy Nelson. He is a great plumber, and even better fisherman. I am grateful to have him as a friend, and fishing partner. I’ll post the story as TTZ tells it… We had another great evening of weather and Lake Austin lived up to her big fish reputation tonight!

Besides some very nice fish and an amazing 27.36 pound sack, the teams that came back to the weigh in witnessed a very rare pure bred small mouth brought to the scales! Many teams reported a very tough bite and and the weigh in was shaping up to be another battle of small sacks. After a couple of eight pound sacks were weighed, Greg and Wade brought up a very respectable four fish bag going 11.82 pounds. The brothers caught the majority of their fish Carolina rigging deeper grass edges on the northern end of the lake.

With only two teams left to weigh in, most of us thought their bag would set the mark and hold on to take first place. Unfortunately for the Mehaffey’s, the last team to weigh in would eventually knock them into second place. After another sack in the seven pound range left the scales, Randy and Brad calmly stepped up and proved Austin is one of the best lakes in Texas. After pulling out three fish between four and five pounds, they added another three pounder to their weight and led everyone to believe their fish were getting smaller. About that time is when Brad hoisted out a fish that anchored the team’s incredible 27.36 pound first place limit! Brad and Randy’s double digit kicker weighed in at 10.36 pounds and also earned them Big Bass honors. According to Randy, all their fish were spawning and came off beds. They had several beds located and only fished a select few, what’s even more amazing is they had another fish in the nine pound range flare up twice but were not able to stick a hook into her. Randy also mentioned there are other big fish in the area that haven’t locked down and are still cruising the shallows. When asked how they caught the spawners, Brad revealed their bait of choice was a Chompers Skirted Twin Tail Grub fished on a weighted swimbait hook.

Coming in third were Jay and Russell, their two fish sack weighed an impressive 9.58 pounds with a 5.99 pound kicker. Jr and Mike took home the Yamamoto and Kinami tackle pack for their fourth place finish. In addition to the 10 pounder, there was another very nice fish caught by Lance. His fish weighed 7.79 pounds and is another great example of the quality fish you find in Lake Austin. Seeing huge fish brought to the scales is always nice, but tonight we also witnessed something you don’t come across too often on this lake…a smallmouth bass!

Many were doubtful but after a quick check for the tongue patch came back negative, there was no question Wayne’s fish was a pure bred smallie. So there you have it, there are smallmouth in Lake Austin and the fish are once again on beds; find the right bed and you could be walking away with the $300.00 Certified Arbor Care 11.34 pound Big Bass Bonus. Find a lake record bed and we’ll gladly pay you $25,000.00! Congrats again to the winners…Go Big or Go Home!

If you are looking for plumbing or air conditioning service in Austin, Texas then please call (512)-948-3453 or complete our online request form.