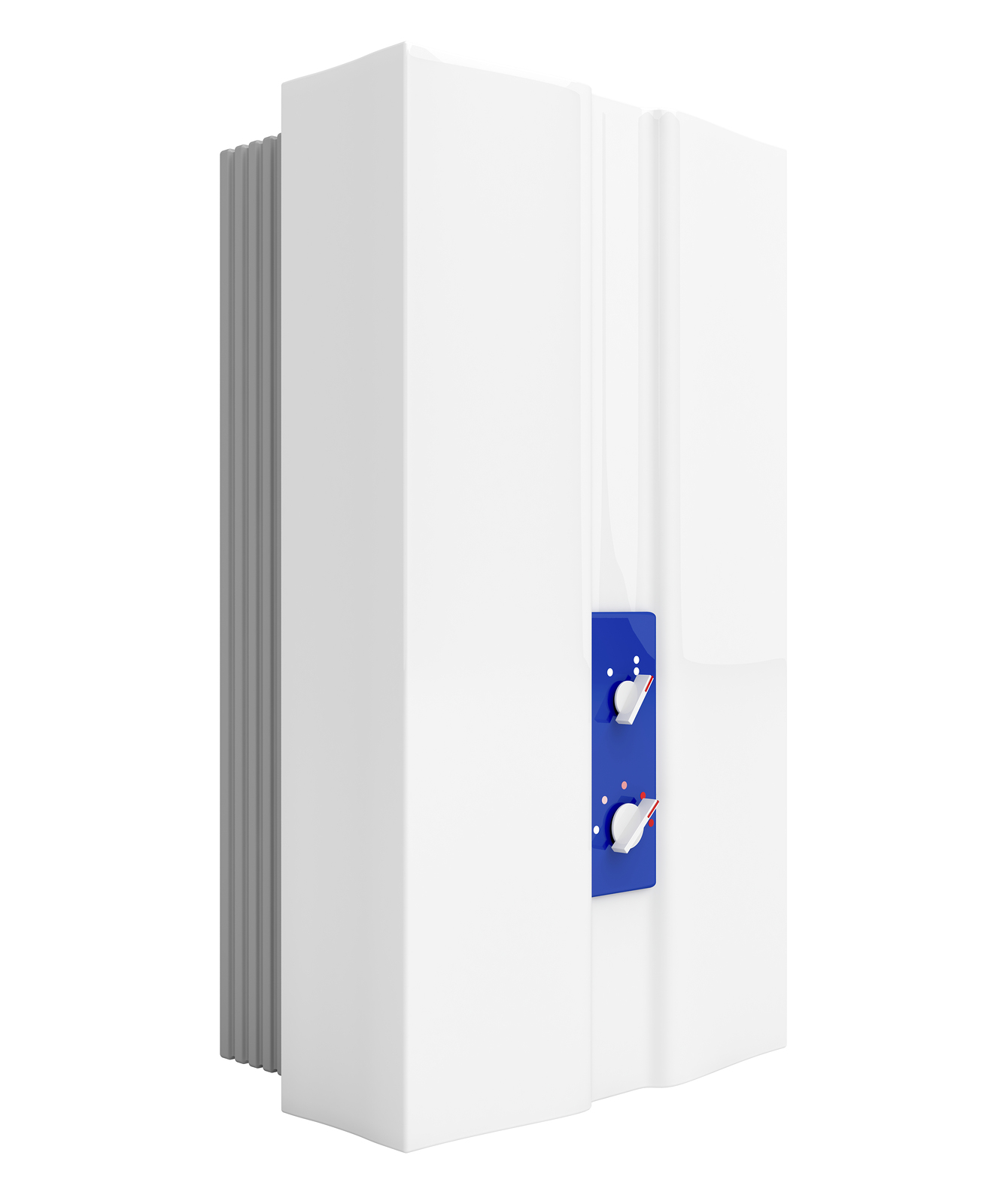 Rinnai Have Best Track Record for Performance on the Market

The tankless models we prefer to use most really depends on what the customer wants for their hot water system. The one we typically deal with most often is the tankless water heaters from the company Rinnai. Rinnai produces some of the best some of the best makes and models of tankless on the market. They’ve been in business in the United States for 40 years – since around the mid-70s. They really do have the best track record on performance and usability than other tankless manufacturer’s out there.

If I’m a homeowner, why would I want to choose a tankless water heater over a conventional one?

That’s a good question. There are a lot of pros and cons with tankless water heaters. But, the one real big upside that we try to stress with people is the fact that, with the tankless, as long as the unit has water and gas supplied to it will essentially run endlessly, giving you endless hot water. You can basically take showers non-stop for as long as you please, run laundry, everything else without the issue of running out of hot water like you would with a traditional water heater. That is truly the biggest benefit of having a tankless water heater as opposed to the traditional system.

I’ve heard that you can also save money with a tankless, is this true?

Yeah, typically the operating cost with a tankless water heater is lower. If you are going apples to apples as far as fuel cost, comparing a regular water heater vs. a tankless unit, they typically are cheaper to run overall, which is good. If you’re not using hot water with the tankless water heater, it’s not running. Unlike a traditional water heater that it’s constantly kicking on or off throughout the day and night to heat the 40-50 gallons of water. and keeping it up to temp. With the tankless unit, if you’re not doing anything it’s not doing anything so that is one big benefit.

Sticking with the comparison, how long would you say a tankless water heater lasts over a conventional one?

Can you tell me a little bit about the installation process?

Are there additional benefits to having the water heater outside besides just the space savings?

What’s nice about having the water heater outside is it’s easier to service. As a plumbing company, it’s nice because we can come out and service it without ever coming inside the home. There’s flexibility there. Space savings, of course. One of the big things we run into here in the Austin area is that for a long time it’s been kind of conventional for builders to put water heaters in the attic space which can be bad. If the water heater were to break or rupture, it floods out a big portion of your home. Having a tankless water heater on the exterior – if something were to go wrong, it leaks outside which is a huge plus to a lot of people. That in and of itself is a big reason why people switch – the convenience of having a possibly bad situation with something flooding.

What type of hookups would I need to have in my home in order to install a tankless?

There’s one big thing. Traditionally, with a regular water heater, the gas line might be undersized going to where the water heater is. Worst case scenario, we need to increase the gas line size to the unit and that’s about it. It’s usually a limitation of venting and the gas line to it. Any of the real good tankless water heaters are all gas-fired. There are a couple other options for electric, but gas-fired is really the only way to go in terms of reliability and operating cost.

Going off of common objections that I’ve heard about tankless water heaters , one of them is that they can be inconsistent or that you’ll experience cold showers. I know you mentioned that won’t happen, so how would say the technology has changed in recent years so it doesn’t happen?

A lot of it has changed because of the actual controls inside the unit and how it works. They changed a lot. Some of the earlier ones were a little more rudimentary and had a lot of problems – years ago – where in order to get a consistently hot shower you’d almost have to run the faucet or the lav in the bathroom as well to get enough water going to the unit to run. A lot of that has gone away now where it doesn’t matter if you are running just a single sink, a kitchen faucet, or taking two showers. They are much more consistent and even in the production of hot water. They have made leaps and bounds especially in the last decade alone in terms of having good, consistent operation to the unit.

Have you heard any questions or objections from your customers?

There’s one big objection we’ve heard. Since a tankless water heater is what they call an instantaneous water heater it works differently than a normal, traditional water heater. Oftentimes people will set the traditional water heater really hot so 140-150 degrees just to try and get more hot water because essentially they are mixing the hot and the cold in the shower, you can lengthen it out. With a tankless, you don’t want to do that. We want to have it set lower – like 115-120 – so that when you get into the shower, really the best scenario possible is for you to get in and turn it nearly to full hot. What that does, is it allows more water to go through the tankless and therefore it operates better.

That’s one of the things I tend to go over with customers. Do’s and don’ts and just changing their train of thought as to how it works and how does it fit in with their lifestyle. There’s a bit of education that goes along with it and that’s usually where a lot of the objections come along. If you educate people, it tends to work better.

With a tankless water – well, really any water heater – it does need to be maintained annually. When a manufacturer claims a lifespan or a life expectancy with that unit, that’s always including the fact that it should be maintained annually. That means that a regular water heater needs to be drained, flushed, and checked every year. The same goes with the tankless where it needs to be literally cleaned out – all the internal pipes, make sure the heat exchanger is descaled with a solution much like vinegar to remove any mineral buildup just to keep everything working properly the way it should. If you do that every year, we tend to get the full life expectancy we’re talking about. You could go that 15 years they believe the unit will last.

Though, on the other end of the spectrum, we’ve seen units that have had no maintenance at all and it just severely limits its life expectancy so that’s always important.

Absolutely! We have our PSM membership. We come out and service the unit annually, and we will go over all points of your plumbing system, everything inside the structure of your home, and check everything out. It is a good program because then we can obviously spot problems with the entire plumbing system as well as the water heater before it becomes problematic and detrimental, leading to costly repairs and other issues.

Besides the benefits that we’ve already discussed, are there any others that you’d like to mention?

One of the biggest ones – we have done a lot of retrofits with the tankless water heater where we’ve deleted an existing water heater just to have a closet or the peace of mind of not having it in the attic. Really, those are some of the biggest benefits of the tankless water heater – the peace of mind of not having 50 gallons of water in your attic that could potentially rupture and cause quite the flood. One of the other big benefits with the tankless is the fact that most of the newer units that the companies offer actually have internal flood stops that when they detect a leak inside, they shut themselves off, sounds an alarm, and everything else. It’s come a long way in terms of safety and conveniences.

If I’m interested in installing a tankless or just want to learn more about Radiant Plumbing, how do I contact you?

You can call us at our contact number 512-948-3453 or get a lot of information on radiantplumbing.com. You can get a feel for us as a company, we can direct you in any which way you need.