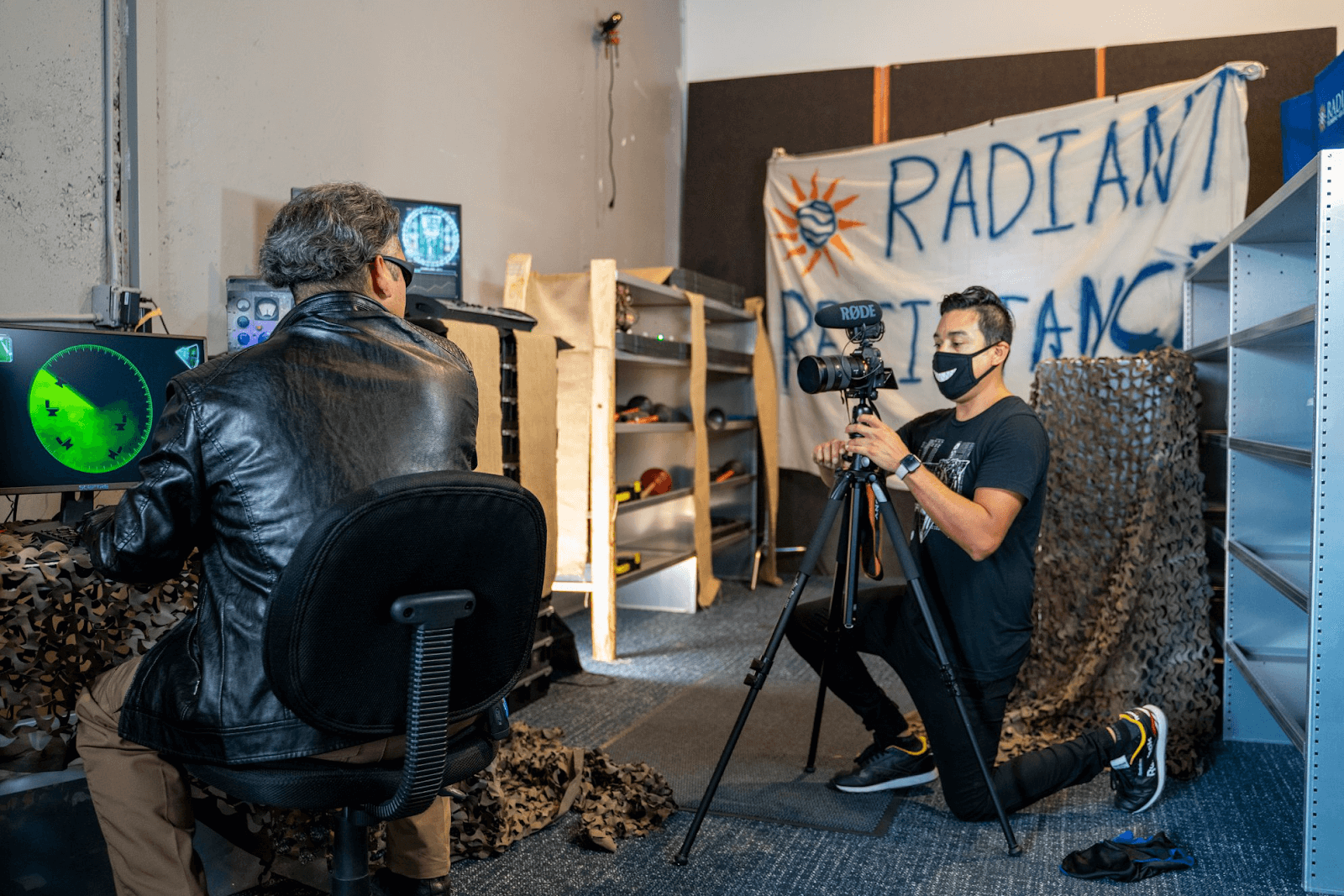 A few months ago, we pulled back the curtain and dispelled common misconceptions and myths about the Radiant marketing machine in a titillating exposé. Now, we’re back to do it again, but this time from the perspective of the technicians and managers that star in our wonderfully weird commercials.

A common misconception about Radiant is that we make participation in our commercials mandatory. As if the marketing team lurks in the shadows of the warehouse trying to identify and trap technicians, only to jump out with camera in hand and point blinding lights at unsuspecting targets. Hilarious as this account may be, nothing could be further from the truth. Once the marketing team decides on a concept for a commercial, they reach out to willing employees who have expressed interest in participating. At this stage, the commercial’s concept is explained to them in full. If they love the idea and the cast of characters involved, they tell the marketing team they want in. Fortunately for Radiant, there’s no scarcity in the enthusiasm and eagerness to join in on our next marketing project!

We Run A Tight Schedule

The casting explanation checks out. However, you might still be thinking “but surely there’s some other catch? What about the filming schedule? Surely you make these poor technicians stay after hours and drill them ‘till you get the perfect shot,” right? Quite the opposite: all shoots are conducted on-site and during normal working hours. We work with the technicians’ schedules, giving them each a designated time slot that doesn’t clash with calls. After all, serving the Austin community and all their plumbing and HVAC needs always comes first! It’s a perfectly calculated process where no one is left in the dark on what the game plan is. Typically when an employee has finished filming their part, they are so excited about what is being made and their role in it that they will often stick around a bit afterwards to continue joining in the fun by hyping up their coworkers, making suggestions, and creating a lively, positive atmosphere on set all while socially distanced.

Our commercials reflect our upbeat company culture, and the best way to catch this on camera is to allow the creative juices to flow while filming. After running a few core lines with the technicians, our inhouse media producer, Jimmy, will often encourage the on-screen talent to adlib, play with different props, and otherwise experiment with their performance. We want their unique personalities to shine through and a relaxed atmosphere on set allows that to happen. So if, hypothetically, you’ve been dying to show off your spot-on Napoleon Dynamite impression and you get cast as the socially awkward 16-year-old mouth breathing anti-hero himself, rest assured you’ll have the freedom to try every line and pose your heart desires. Oh wait, this actually happened with our recent Napoleon Dynamite tribute ad! Next time you see one of our commercials, you won’t be wrong to assume that the funniest lines were probably made up on the fly.

The More The Merrier

When our commercials start to garner tremendous hype and achieve viral status, like 2020’s The Toiletnator, it’s not unusual to get special requests from technicians wanting to get involved. We never turn away volunteers to be featured in our ads. Fun fact: when we filmed our highly-acclaimed Toiletnator ad, we sent a casting call to all those who opted in and challenged them to show us their best Arnold impression. The entries we received were so hilariously spot on, we ended up casting everyone who sent a submission! This commercial is our magnum opus and it has received positive feedback from just about everyone who’s laid eyes on it. Everyone except Arnold, but that’s another story.

Check out our behind-the-scenes footage below for a glimpse of all the awesome Arnold impressions and the fun we have on set:

A final myth that needs busting is that our playful, carefree on-screen persona translates to the field. We often see comments that amount to “I would never hire such a silly and unprofessional company to fix my plumbing!” Nothing could be further from the truth. When our team gets dispatched to a job, we become professionalism personified. We have the track record to prove it, with a 4.8 rating from over 8,000 reviews on Google. The only thing that follows us from the set to the field is our enthusiasm.

Radiant Plumbing & Air Conditioning is a Texas original. We’ve been providing 5-star customer service for over 2 decades, and amusing local residents every step of the way. Our quirky and fun-loving personality on tv and social media is traded in for stellar professionalism when we’re called out to a job. For all your plumbing, AC, and drain needs, contact us today.