In Memory of Jorge Gonzalez Campa

In memory of Jorge 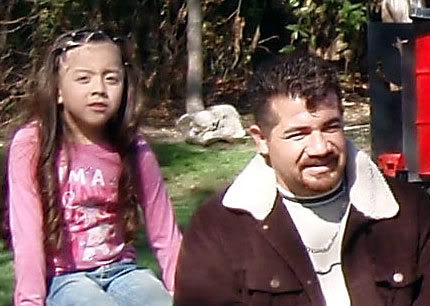 2244 (better Known as Bee Cave Road) stopped last Friday around 5:15 PM. Jorge Gonzalez Campa, my friend and my employee’s car slipped out of control on a gentle curve near Seven Oaks. His car ended up driver door to an oncoming full size pickup. By all appearances he was killed on impact. The driver of the other vehicle is in the hospital as I write this and our prayers are with him.

Whether it was some irony, or divine providence, better than half of my company was traveling in separate cars in close proximity when the accident occurred. Jorge was not alone.

We had just concluded a baby shower at our office in anticipation of another of our dear employee’s baby girl due on February 8th. Jorge had not wrapped his gift, and had a pink diaper bag loaded with baby clothes, and toys hidden inside his jacket. He had to “wear” his gift for about 30 minutes while we told stories, had laughs, and ate ice cream cake. The party was excellent. It is not something we take time to do very often. Baby showers are certainly foreign to all my plumbers that were there. The girls in attendance were quick to point out that we were not crooning over the cuteness of all the various gifts. We attempted to oooh, and aaah in the customary fashion.

It was a bonding “company family” kind of day. This was an exceptional way to end the week, lots of laughs, and lots of love. 5 minutes later Jorge was gone.

I was still at the office, when I got the call. We got in our car and shot up there as quickly as possible. We pulled off the road one time for a passing ambulance. Sarah and I were flooded with relief. Sarah is a RN, and has emergency room experience. That is a skill you hope you never have to use.

The wreck was as bad as I have ever seen.

My men paced the side of the road crying bitter tears, wishing there was something they could do. The firemen, and EMTs calmly went about there work. No one was working on Jorge. That pretty much said it all.

One by one my guys left the scene. There were people to contact, and things to do. I stayed to give any information that I could to the police. I saw a man jogging up the side of the road. He looked like he had a Radiant jacket on. As he got closer, I finally recognized it was Speedy. He was the only of us that was in front of Jorge. Due to the instant traffic jam, it took him nearly an hour to get back to the crash site. We stood quietly on a hill and watched.

It was strangely peaceful and beautiful. The emergency vehicles lights pulsated in a rhythmic glow in the haze caused by the steady mist. When the Police were satisfied that they had what they needed from me they asked me to leave. I wanted to stay with him so badly. It seemed wrong to leave him alone. The officer assured us that this was not up for debate, so we went.

It is hard to describe a man and use all the positive adjectives without looking too sappy. He had so many good characteristics that it is hard to choose.

Jorge had a quiet confidence, the one that instantly brings any concerns you have to rest. Jorge had things under control. I never saw him with a bad attitude. Through some very challenging situations he always stayed positive.

He had an impeccable work ethic, and was a true craftsman.

Why God choose to take him I don’t know, but I know that Jorge is before the throne of God with that same confidence that always carried with him. Jorge knew God.

Our prayers are with Jorge’s family. They lost a great, beautiful person.

If you are looking for plumbing or air conditioning service in Austin, Texas then please call (512)-948-3453 or complete our online request form.